Collapse of the Soviet Union

1989-90 marked the collapse of the USSR and the end of the cold war. The events occurred due to a series of underlying political and economic weaknesses of the Soviet Union and also due to its inability to reform itself. The causes of the Collapse of the USSR are divided into three major categories :

The Nature of the Soviet Union –

In order to survive, the Soviet Union had to expand and during the cold war, it did this by financing authoritarian regimes. The Brezhnev Doctrine saw the Soviet Union professing economic or military assistance or both to support other communist states in the region or elsewhere. Thus the political and foreign policy commitments of the Soviet Union were significant and exerted a huge economic strain upon it. The country spent roughly 15% of its GDP fulfilling these commitments whereas US expenditure was merely 3% of its GDP on such matters.

Further, the geopolitical compulsions ensured that the Soviet Union had to go for a centralized economy. A centralized economy is always a supply-side economy, which can never be as efficient as a demand-side economy.  Besides, there was huge corruption in the nation which further increased the crisis. The USSR focused on producing defence goods and overlooked consumer items, and there emerged an acute shortage of even basic goods. Consequently, although the Soviet Union provided necessities like universal education and healthcare for all, the standard of living judged in terms of material goods was better in western capitalist economies.

During the period, USSR also suffered from natural calamities which aggravated the crisis. It suffered from famine, a massive earthquake and also nuclear disaster at Chernobyl.

Thus, the combination of tragedies, corruption in the administration, and lack of sufficient resources resulted in a situation that created huge resentment among the people.

Gorbachev came to power in 1985, following which he pressed upon the need to introduce wider political and economic reforms within the Soviet Union, prime amongst them – ‘Glasnost’ and ‘Perestroika’ reforms.

Perestroika reform– the policy of restructuring the Soviet Union politically and economically.

Gorbachev proposed the introduction of free and fair elections at the local administration level within the Communist party directly. Law on state enterprises was also introduced in 1987, under which the state-owned companies were to be granted autonomy in deciding upon their economic production activities according to market demands, without state interference.

However the introduction of reforms proved counterproductive, perhaps, Gorbachev ignored the advice of the famous political scholar Alex de Tocqueville, who held that tyrannies collapse not when they are at their worst but when they tend to reform themselves.

Gorbachev’s economic restructuring / Perestroika failed to increase economic productivity within the Soviet Union and thus resolve its underlying economic crisis. Moreover, their policy of political openness allowed wider public demonstrations against the State, which were witnessed on a large scale in Eastern European countries like Poland and Romania. Gorbachev replaced the Brezhnev Doctrine with the Sinatra Doctrine, based on the song ‘My way’ by the famous singer Frank Sinatra. It allowed certain freedoms to peripheries to conduct their own foreign policy. Consequently, the Eastern European countries declared their independence from the Soviet Union and adopted a multiparty democratic structure.

The American president followed the ‘beggar thy neighbour’ policy. This he achieved with the three-pronged approach of depressed oil prices, an arms race and starting a proxy war in Afghanistan. These factors weakened the Soviet economy and made its collapse imminent.

It should also be understood that an event of such a magnitude as the collapse of the Soviet Union cannot be associated with a single cause. Multiple factors in combination can be held responsible for the dissolution of the USSR. It is said that the destiny of Russia is tied to its geography. To survive it has to expand, and when it expands – it collapses. 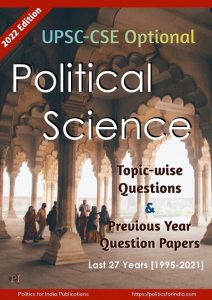