From 17th century (treaty of Westphalia – 1648)   till 2nd WW we call it as modern age. From 2nd WW till present phase is known as postmodern age.

Post modernism is a movement which emerged as a reaction against some of the features of modernity. It first started in Art, Literature, Philosophy. Its entry into political philosophy is relatively new.
Postmodernism first started as a dissatisfaction with the many features of the modern way of life e.g. Modernity has led to the wars among nations. It led to the exploitation of environment. It has led to the homogenization. Post modernism later on emerged as a philosophy or a school of thought.

What is the theme of postmodernism?

The term postmodernism was used for the first time by Lyotard in his book THE POSTMODERN CONDITION. He defines postmodernism as Incredulity towards metanarratives. It means disbelief in ‘any grand theory’.

Postmodernism is more democratic. It is against hierarchy, centralization, majoritarianism, homogenization.

Ideas which led to the evolution of Postmodernism.

Karl Marx: Karl Marx made differentiation between the base and superstructure. He suggested that most of us are under false consciousness or standing on our heads.

Gramsci: Gramsci’s concept of hegemony. It defines the limit of common sense. Both Marx and Gramsci suggested that in every epoch, the ideas of the ruling class are the ruling ideas. It shows that, the idea which is dominant itself explain who has power (knowledge power connection).

Althusser: Althusser has given the concept of interpellation. It is similar to the concept of hegemony. Interpellation is the diffusion of the cultural values of the dominant class through ideological state apparatuses e.g. family, church, school. It is like creating an environment in which a person does what the other person wants him to do, with least amount of resistance. Since methods are invisible, resistance is not possible e.g. In present times, we are interpellated with bourgeoise values.

Einstein: Einstein gave the theory of relativity. According to which, truth is relative. We cannot objectively understand this world ever. Even in the natural world, each phenomenon is not observed similarly by all. It depends on time and space. It is necessary to understand from where and when the phenomenon has been observed. It implies that even a natural phenomenon will be observed differently by a person from Berlin and the person from Baghdad.

Thomas Kuhn: THE STRUCTURE OF SCIENTIFIC REVOLUTION.
He has given the concept of paradigm. Even the scientific theories are not to be called as theories, they are paradigms. Paradigm is a conceptual framework. Scientific community works with some conceptual frameworks, which they call as theory or thesis. He has given the stages in the evolution of paradigms.
1st stage.] Pre Paradigmatic stage: It is a stage when present paradigm is able to answer most of the queries or problems. Paradigm reflect the norms accepted by the scientific community because it is sufficient to explain most of the problems or questions.
2nd stage] Crisis stage: Crisis comes when present paradigm is unable to answer majority of questions. Then search for new paradigm starts.
3rd stage] It shows the evolution of new paradigm or new framework which is accepted by the majority of the scientific community.
Thus the above concept show that every knowledge, including the knowledge in the natural sciences is provisional.

Karl Popper has given the concept of falsification. He suggests that falsification rather than verification is a criterial to judge scientific nature of theory. No number of experiments and verifications are enough. A theory may be verified thousand times but still there is a probability that it can become false the next time.

Nietzsche: He is known as father of post-modernism. He has given the view that God is dead. It implies that there is no ultimate truth. The scholars since beginning are misleading us. The philosophers are liars. Plato is a biggest liar. He not only told that the truth exists, he also held that it can be known through the reason (by philosopher king). Thus Plato puts people under the totalitarianism of the philosopher King. He is also critical of the enlightenment tradition which emphasizes on the objectivity and hierarchy of science.
Nietzsche has also given the concept of ‘will to power’. There is will to power in all of us. Will to power is the reason behind any action. Will to power is stronger than even will to life. Hence even knowledge is not free from the phenomenon of power. Theories are built to exercise power.
He has also given the concept of superman. Who is superman? One who has superpower, more power than others. Which type of power? Power to challenge the conventional morality. The ability to lead life according to his own choice. It implies that majority of us are prisoners of conventional morality.

He suggests that we should not just listen to one story, there are multiples stories. We should listen to small narratives and not just metanarratives. The so-called truth is a narrative. Narrative means story. Different people experience a phenomenon differently and hence different people develop different conceptions. Thus the so called theory is a narrative or story e.g. The political activities taking place on the subcontinent between 1857 to 1947 are interpreted differently.  1] There is a narrative by INC, which became metanarrative. The other narratives are Dalit, Colonial, Jinnah’s narrative, Communist and so on…

He has given the technique of deconstruction.
1] Deconstruction is a way of interpreting the text.
2] This world can also be considered as a text. Hence it needs to be studied through deconstruction.

Concept of discourses: The term discourses has been used by Foucault to explain the nature of theories or knowledge systems. What is a discourse? It is set of ideas, which are told in a way that it starts appearing truth. In the words of Foucault ‘discourse is a system of thought, composed of ideas, attitudes, courses of action, beliefs, practices that systematically construct the subjects and the world in which they live, the language they speak’. Foucault’s concept of discourses is influenced by Nietzsche’s views of, God is dead and Knowledge is power. Like Nietzsche, Foucault also believes that there is no ultimate truth. These are rituals of truth. There is no truth/God outside this world. Truth is a ‘thing’ of this world itself. We do not discover truth, we construct truths. There are ‘regimes of truth’. The truth/discourse which is accepted by the majority becomes the dominant discourse. Like Nietzsche he believes that knowledge is never free from the function of power. The discourse which is prevalent shows who dominates. Truth is majoritarian and expression of power. Foucault has shown how the discourses of sexuality, criminality, abnormality has been built. Discourses are not just present in the ideas but also in the institutions. We ourselves embody discourses.

One of the best application of Foucault’s theory of discourses or knowledge power connection can be seen in the work of Edward Said, who has given the concept of orientalism.

Orientalism suggested by Edward Said points towards the knowledge-power connection. Colonial masters, in order to justify imperialism and colonialism, produced theories which has shown that east is barbaric, feminine and child-like whereas west is civilized, masculine and rational. The betterment of the east is possible only when it is led by the west. According to him, colonial masters started the study of orient. The purpose of oriental studies was not to tell the truth but to manufacture the truth. Thus the study of orient was a project, it was never free from the knowledge-power connection. Hence Edward Said uses the term ‘orientalism’. Orientalism denote ideological purposive explanation of history of orient. Edward Said has shown how west has created the discourse on Islam. He suggests that the people in the east understand themselves through the west. One of the reasons is the lack of tradition of writing history. Edward Said’s orientalism has led to the emergence of a school of thought known as post-colonialism. What is post colonialism? It is an attempt by the scholars of the post-colonial world to decolonize academics. There is a hegemony of the west in academics. The existing theories are not written from the perspective of the people in the third world. Hence neither these theories give correct explanation nor they provide correct solutions on the other hand they result into creating more problems. The three prominent exponents of post colonialism are 1. Edward Said, 2. Homi Bhaba and 3. Gayatri Spivak. According to Homi Bhaba, we should not take the dichotomous view of east and west. In his book ‘THE LOCATION OF CULTURE’ he has given the concept of ‘hybridity’ and rejected the concept of binaries. (He rejects the description of east and west in binary terms. e.g. East is barbarian, west is civilized. No culture is completely insulated. There have been gives and takes between the cultures.)   Gayatri Spirak in her book CAN SUBALTERN SPEAK ? She highlights the hegemony of the west in academics and raises two questions 1. Can subaltern speak?  which means whether west is ready to listen the perspective of the east?   2. can subaltern speak ? Whether subalterns have a capacity to speak, do they have their own understanding.

Post modernism also comes from the ideas like theory of relativity, interpellation, paradigm, falsification. Those who give ideology, project ideology as an explanation of reality. but post modernists suggests that it is not possible to understand the reality and the so called theories are discourses, narratives to establish the power of one over the other.
The nature of ideology can be understood through knowledge-power connection. e.g. Foucault has shown how the discourses of sexuality, abnormality and criminality are built.
Edward Said in his concept of orientalism has shown how theories have been built to assert power.

Posted in PSIR 1A 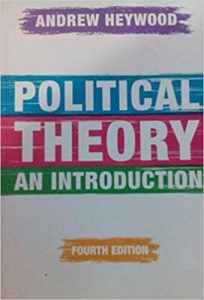 In Ideas which led to the evolution of Postmodernism
Einstein, first line,

We cannot OBJECTIVELY understand this world ever

Thanks! We’ve made changes.

THANKS ALOT FOR THIS

1. Can subaltern speak? which means whether west is ready to listen the perspective of the east?   to be changed i think to – can subaltern be heard? right?

What you are saying is correct Kartheek. It do means ‘Can subaltern be heard (by west)’. But authors, in this case Gayatri Spivak, often have habit of making these kind of statements just so that it becomes more memorable and impactful.
So there is nothing wrong in the text. When you write in exam, you can either CAPITALIZE particular word to show the emphasis or make it bold like on this page.